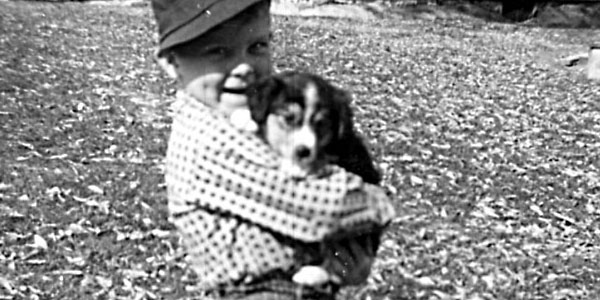 A Day in the Life

A Day in the Life

Having animals to tend again, chores to do, is a kind of rebirth for me; a second childhood, a return to yesteryear. Like a new blade of grass, or a fresh sprout poking up through the brown, winter-soaked leaves at the edge of a field, I am coming alive once more, feeling a sense of déjà vu, a usefulness and sense of value and accomplishment that was sorely lacking during all those years working at the prison. Living things are depending on me again for sustenance, understanding and compassion, patience, maintenance and punctuality.

I’ve done all this before; a lifetime ago, when I was a young kid growing up on the family farm in Jay, New York. Like the old cowboy says, “This ain’t my first rodeo.” The horse’s hooves need to be picked, goats hooves trimmed, water buckets thawed by the woodstove, hay distributed to hungry livestock, guinea pig cages cleaned, firewood brought in and myriad other odds and ends tended to. Comforting and comfortable tasks, soothing, therapeutic. To come home after a day on the road, dealing with icy driving conditions, bumper-to-bumper traffic, road rage, the high price of gas (and everything else), etc., etc., ad nauseum – and busy yourself at the simple tasks of filling water troughs, shaking out a few flakes of alfalfa, cleaning out the stable, putting down fresh bedding – tending the stock – there is no better way to unwind, no substitute for the therapy it provides, the calming effect on frayed nerves and tired minds.

It’s 5 a.m. on the Coolidge Farm, 1965, and my grandparents are stirring around, ready to begin a new day in the life of a farm couple. Gram is laying birch bark and kindling in the wood cookstove in the kitchen, while Gramp tugs on his coat and boots, ready to trudge out to the barn to begin feeding his livestock. I can still remember how, last thing before crawling into the old feather tick each night, Gramp would wind his Big Ben Westclox and set the alarm. I don’t know if you can even buy clocks like that anymore, with the luminescent, glow-in-the-dark hands and large, easy-to-read numerals.

‘Course, me being only 10 years old and all, I wasn’t expected to hit the floor at 5 a.m. with the adults, so I’d usually snuggle a little deeper into the feather-filled mattress and drift back out for awhile, at least until Grandma’s cookfire had taken the morning chill from the old farmhouse. Then, likely as not, by 6:30 or so, I’d be dressed and headed out to the barns, too, to see if I could be of assistance with the chores. Gramp would generally put me right to work, fillin’ water buckets for the calves, or hauling more bedding from the sawdust barn, to spread in the calf stalls, to help keep them clean and dry. Sometimes, while my dad and Uncle Bob milked our 30 head of dairy cows, Gramp and I would be busy cleaning out the pig pens, putting down fresh shavings for them, and then filling their wooden troughs with ‘swill’, a mixture of finely-ground grain and water, which all the pigs, small and large alike, would greedily swill down!

Next on the agenda were the big workhorses, Peggy & Susie, our matched pair of dappled gray draft animals. Their barn did not have plumbing, so pail after heavy pail of water had to be lugged in to quench their gargantuan thirst! I don’t recall being able to carry the pails of water, which must’ve held 4 to 5 gallons each, so that’s one task that the men had to accomplish without my help. But, (and this was always one of my favorite things about chore time) I’d go up in the hayloft with Gramp, slide back the trap doors over the front of each horse’s stall, and help fork down plenty of loose hay for each equine to graze on. There was always something kind of magical, and primitive, about being up in the old loft of the barn, walking upon years and years worth of hay chaff – which made the floor of the loft as soft and spongy as striding on a shag carpet – and moving about in the dim half-light that trickled in between the cracks and knotholes of the barn boards. We were up in the loft, one time, when my grandfather told me about a farmer he knew, years ago, who had his barn burned down – by an owl! This was back in the days before electric lights, naturally, and the man had gone up into his hayloft early one morning, before daylight, to fork down some feed for his cows. Of course, he had a kerosene lantern with him, to shed some light to work by, and he hung the lantern from a hook in one of the rafters, so he would have both hands free to work. As fate would have it, an owl was also up in the hayloft that morning, whether hunting for mice or looking for a snug place to roost for the day, we’ll never know for sure. What we do know is that the lantern-light spooked the owl, who blindly flew directly at it, and in trying to make its escape, knocked the lantern from its hook. Kerosene splashed all over the tinder-dry hay, which was ignited by the flame, and before he even had time to react, the farmer’s barn was engulfed by fire. According to Gramp, the man had just enough time to flee down the stairs, throw open the barn doors and chase all his stock out into the barnyard, thereby saving them from a fiery death. The barn, however, was a total loss.

This anecdote, more than any other, probably explains why Gramp was such a stickler about no one smoking in his barns. There are many more memories of growing up on the farm that I could share with you, but they will have to wait til another day, because right now, I have livestock to feed and water, stalls to clean, and firewood to haul – once again, my animals are calling – and therapy awaits!!