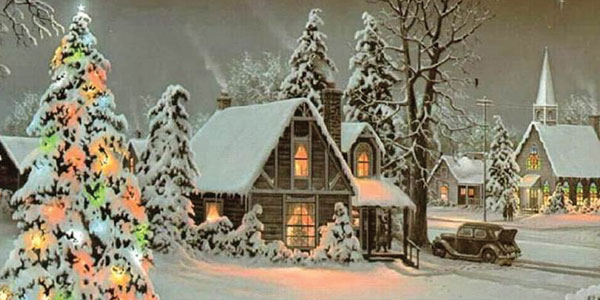 A Long Ago Christmas

A Long Ago Christmas

I was seven years old, but I knew times were hard in 1937. Momma told me not to expect a visit from Santa that year. Like us, he didn’t have any money either. But we would be going to Great Grandma’s house Christmas dinner.

Great Grandma lived in a wooded area in a rustic Texas farmhouse built way back in 1875 or so. I’d heard about how she and Great Grandpa fought the Comanche Indians many a time to protect their holdings and their horses. It was fun to go to her house.

On that cold grey December day, my tall thin Great Grandma held the door open wide, waiting, while we piled out of our Model-A Ford after a long ride from town. She kissed us a cheery hello, smelling as usual of dipped snuff. I remember how she leaned down to hug me in her long dark skirt and long-sleeved shirtwaist with her high black leather buttoned shoes peaking out from underneath.

Great Grandma was old, at least a hundred or so I often thought because her neck was long and stringy and her skin was all wrinkly. But then again, I was never sure, because her clear blue eyes smiled brightly from beneath a crown of long black hair piled up high in a knot. It was anchored on top with thick gold-colored hairpins.

In the house a massive fireplace crackled with cedar logs. Over the mantel, I was sure to see Great Grandpa’s fearsome long-barreled shotgun, the one he used to kill the grizzly bear whose warm furry skin now lay outstretched in front of the hearth. To the right, Great Grandma’s rocking chair waited by a curtain-free window.

All my tall cousins, black-eyed, black-haired boys, soon to be over six feet, were there to romp with me. But, at last, noisy children, aunts and uncles, everyone eventually gathered in the big kitchen and sat around a long oilcloth draped table, extending the full width of the room.

We children settled down on the wooded bench at the sidewall, and the others settled themselves in handmade cane and hand-tied rope-bottomed chairs. After dinner, the men sat outside on the long front porch relaxing. Then they tilted these same chairs back against the porch wall in a wonderfully dangerous way and engaged in some good talking as they whittled on pieces of oak wood.

Sitting on the side bench against the kitchen wall, I was chest high to the table. There I feasted my eyes on a splendid array of delicious smelling good food.

At the head of the table Great Grandma thanked God for our blessings and then my plate was heaped to overflowing. The talk was about plans for spring planting, problems of living without money, and the natural thought of defending one’s country in time of war. Somebody named Hitler, way over in Germany, was going to cause an awful bad war, it looked like.

Then Great Grandma thanked the Lord that they’d been able to raise all the food they needed that year. She talked about other times, of struggle and lean years. But she said trust and faith in God has always brought them through to better times. And finally, there was some talk about what the Democrats way over in Washington were trying to do to help poor folks like us.

Well, I sure hoped they’d hurry up and get busy. I wouldn’t mind one Christmas without a visit from Santa, but I didn’t know if I could stand it if he stayed away for two.

Such were the days and those were the times. Things improved. Santa came again. But I often return in memory to those long ago days when loved-ones gathered around a beautiful farm table and gratefully thanked a benevolent God for the plain and simple blessings of that year.