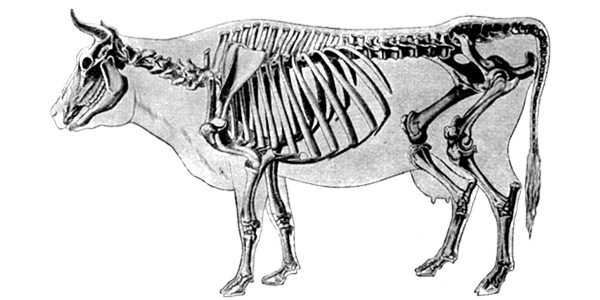 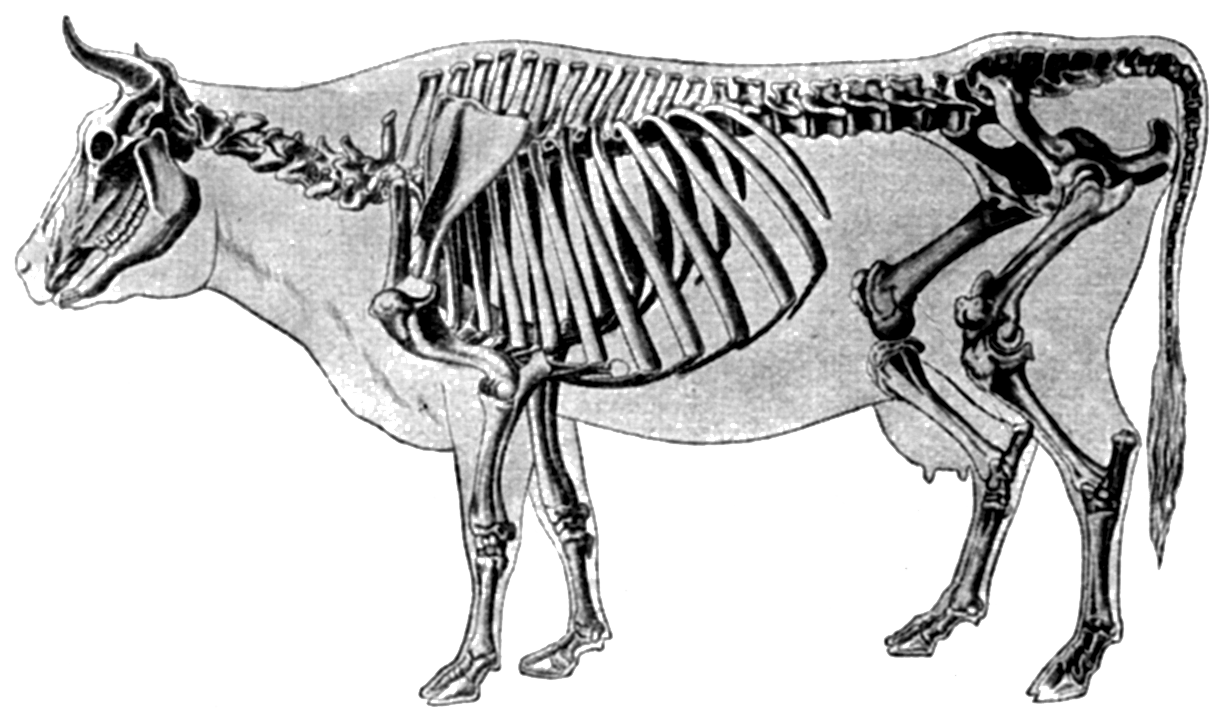 In 1976, after reading the memoirs of a much-lauded veterinarian/author from Yorkshire England, I got it into my head that I would make a good DVM myself. It was a rather bold aspiration inasmuch as I was a thirty-three year old high school dropout with few credentials and no visible means of support.

My wife, Andrea, and I had forsaken a hectic city lifestyle a couple of years earlier, opting for a simpler existence back on the land in Nova Scotia but it had become apparent that since our financial nest egg had run out, we would be needing something beyond the meager subsistence that our land was providing.

It was a shot in dark: I hadn’t been in a classroom for fifteen years, but I made my way back to Guelph, Ontario, where the only veterinarian school in Canada was located. I wrote the entrance exams for mature students but I wasn’t all that happy with the way things went for me. I was clearly the most mature of the mature students present and the last to hand in my papers and leave the room. Heading back home I was feeling defeated but grateful that I wouldn’t be required to go back to an environment where I felt so out of place. Two weeks later after I had settled back to working happily in our woodlot fate intervened. Andrea got to the mailbox before me and read my letter of acceptance so there was no avoiding what it said. I think general enrollment must have been very low and the school desperate because much to my surprise I was accepted.

It was a long hard haul for me as I laboured through the first semester trying to get caught up academically and although I managed to make the grades, I was still a long way from even being in the pre-vet program.

When I got home for summer holidays I shared some of the problems that I had encountered with a few of my neighbours explaining that under the circumstances it was very unlikely that I would ever get a degree but they just ignored what I said. Back in those days if you told a farmer that you were going to Guelph University it meant only one thing: you were either now a vet or would shortly be one, but more importantly if you were a neighbour and friend it meant the possibility of free services for them.

It did no good to try to explain that I hadn’t been near a horse or a cow all the time I was at the college and that I had spent all my time studying unrelated first year subjects like Psychology and Social Anthropology. They didn’t know what I was talking about and they didn’t care.

I wasn’t home for a week before the phone started ringing. I could have said no to the first requests I got but the things they needed help with were things that any neighbour might be asked to do: helping with calving — turning and pulling calves was not something that was strictly in the purview of a professional so I didn’t feel comfortable saying no when asked. As a result I often found myself lying on my back in a filthy stall floor with my feet braced against a reclining heifer’s rump hauling on my pulling chains.

Lame workhorses with abscesses in their hooves were no problem for me as I had seen and dealt with them with my own animals so I really couldn’t say no to those sorts of requests. I even acquired some of the medication Dr. Herriot mentioned in his book. After digging through the sole of the horse’s foot and releasing the pressure I would insert one of the crystals he referred to into the hole and a puff of smoke would come billowing up. I don’t think it did any good and neither did Herriot, but the horse owners were impressed and appreciative especially because it wasn’t costing them anything. Herriot was also on the money when he recommended using sugar to reduce the swelling in a cow’s prolapsed uterus. It made stuffing it back in a hell of a lot easier.

I became the go to guy when an old suffering horse had to be euthanized. I didn’t like doing it but I knew how and believed then and still do now that the old accepted method of a well-placed bullet is superior to the stressful series of injections currently used.

The first time I really stepped over the ethical line involved a yearling steer that belonged to my closest neighbour, Bertram Morse. He had the young animal tied in a dark corner of his barn and it was obviously in distress. One hindquarter was swelled up to twice the size of the other and was hot and drum tight to the touch. The animal had obviously punched something into its hip and the hip had become infected. I should have backed off and told Bertram to call a vet but I knew he was habitually short of cash and I thought I knew what was wrong and how to deal with it so I gave into his pleads. I had seen a similar situation years earlier, not with a steer but with a horse that had been injured in shipping. A good old-fashioned vet had attended on that occasion and I assisted him. The first thing he did was to request that I get him two large water buckets. Then he told me to stay close to him with the buckets while he wielded his scalpel. He showed me the optimum spot then made a shallow slice in the hide near the point of the hip. “The trick is not to slice any of the muscle fibers,” he explained as he handed me back the scalpel. “You just use your finger to poke them apart.” When he withdrew his finger a flume of puss flew out under pressure and continued to flow till it had filled the better part of two buckets. It was not something that I was likely to forget.

I figured I was now being confronted by a like situation so I approached Bertram’s steer in the same way and got a similar result. I say similar because, unfortunately, I was kneeling beside the critter at the time and when I pulled my finger out I got the first gush of puss directly in my face before I could apply the bucket.

After that tainted triumph Bertram became my best customer although he and the other farmers who kept my phone busy seemed to think that an occasional pat on the back was sufficient reward for my trouble. In all fairness to Bertram I will admit that on one occasion he offered to give me one of his cows if I could save her. I knew I would be dealing with a hopeless case and that the old guy was really looking for a little company in his sorrow because there was no way he would ever let me lead one of his cows away.

When I got to the barn my worst suspicions were confirmed. His favorite cow, a roan shorthorn named Matilda, was laying flat out breathing heavily and moaning. It didn’t take a real vet to deduce that the animal was in the final stages of pneumonia and that there was very little anyone was going to do about it. The cow was still on her stall platform with her neck in a metal stanchion. I was about to suggest that we release the animal and drag her over to a more comfortable bed of straw when inspiration struck and I abandoned the idea of merely palliative care. If the cow had any chance of recovering, what she needed was oxygen and I’d just remembered that I had oxygen — at least I had my oxy-acetylene welding equipment and that might serve.

An hour later I was dragging my oxygen tank and regulator into the barn and speculating on how to get the life saving gas into Matilda. I didn’t want to move her so I decided, using some scrap wood and sheet plastic, to construct a tent over her reclining body. It was quick fix and a couple of hours after turning the gas on I got some promising results. The cow began to perk up but, in doing so, clambered to her feet and destroyed the tent I had made. It was back to square one but my next attempt was more practical and direct. I decided to introduce the hose from the oxygen tank directly into the cow’s nostril. I solved the problem of keeping it in place by drilling a hole through her horn so that I could wire it in place.

Miracles do happen because after letting the oxygen trickle into her over the next couple of days Matilda recovered completely. When it came to ownership of the cow, Bertram suffered a lapse of memory and I wasn’t even comfortable asking for compensation for my empty oxygen tank.

For years afterward, whenever we drove past his pasture, I would look at his herd and say, “Hey kids, there’s our cow — she’s still looking good.”

I went back to Guelph and had another shot at becoming a DVM but it was apparent that it wasn’t going to work for me so I came home and reverted to my former dropout status. Over the years I have quizzed countless veterinarians and I have never found anyone who was not in some way inspired by James Herriot’s books and I might have been one of them if I had persevered but it was not to be. A little knowledge can be dangerous so I was relieved when, with the demise of the small local farms, requests for my illegal veterinarian ministrations slowed down. Occasionally, very occasionally now, someone will ask me for help and, despite the hard earned lessons of the past, I still can’t say no.