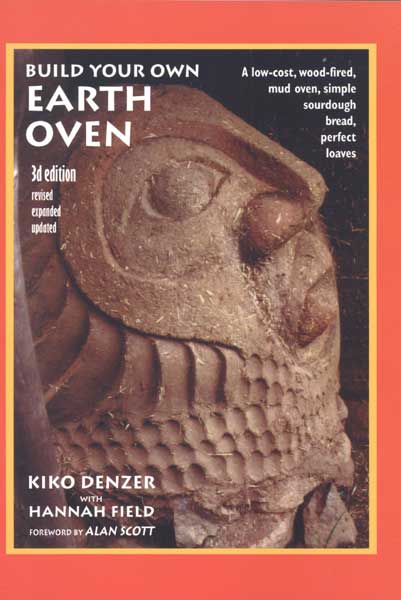 An Introduction To Cob

This introduction to ‘Earthen Building’ is from the pages of the third edition of Build Your Own Earthen Oven by Kiko Denzer and Hannah Field.

What is “Cob” Anyway?

Mixed with sand, water, and straw, a clayey-subsoil will dry into a very hard and durable material; indeed, it was the first, natural “concrete”. In the Americas, we call it “adobe”, which is originally from the Arabic “al-toba”, meaning “the brick.” Invading Moors brought the word to Spain from North Africa, where an ancient mud building tradition continues today.

I learned about earthen building in the British tradition, where the same basic material is called “cob,” from an old English word meaning “lump.” The Brits skipped the step of forming bricks, and made their walls by packing wet blobs of mud on top of each other, letting them dry, and carving them smooth. Five-hundred year old cob houses are still common in Devon, England, where they are listed on historic registries and highly valued.

Protected by roof and foundation from direct rain and snow, cob holds up very well, even in damp, windy Devon. I build a cob house in the temperate rainforest of the Oregon coast range, and it is much warmer and drier than my wooden cabin — not to mention safer from fire, and less vulnerable to bug damage.

But whether you call it “earth,” “cob,” “clay,” or “adobe,” it’s all mud, and the oven you make will be very much like thousands of other ovens — some of which were probably build by your ancestors, because mud ovens are indigenous around the world. As you get to know your own local materials, you’ll surely come up with your own improvisations and improvements, and the terms to go with them. 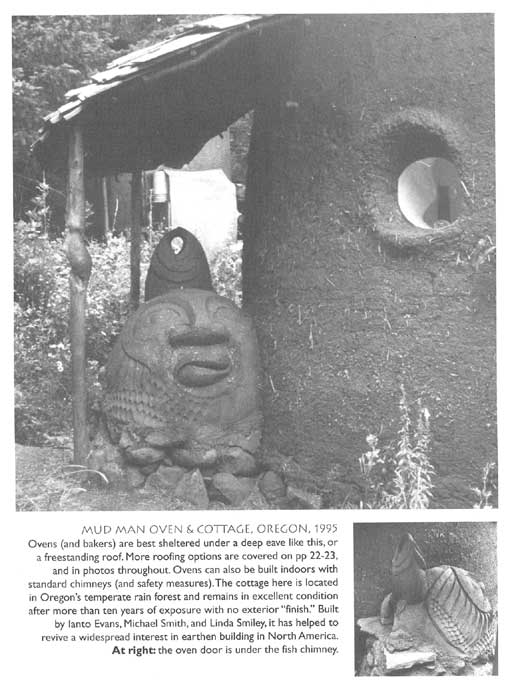