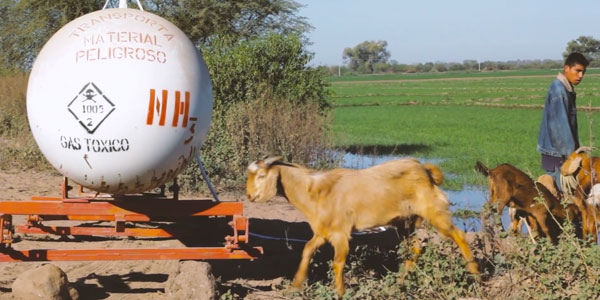 Once a pesticide is banned in the United States for its dangerous health and environmental effects, companies are still permitted to manufacture it for export only. This policy sends a message to the world that American lives are more valuable, yet ironically these toxic pesticides circulate the globe and come back to the US as residues on imported food in the circle of poison.

Narrated by Elizabeth Kucinich and featuring interviews with President Jimmy Carter, Dr. Vandana Shiva, Professor Noam Chomsky, Senator Patrick Leahy, and His Holiness the Dalai Lama, the film exposes the shocking practice of corporate profit in the banned pesticide trade. It takes viewers across the globe, to India, Mexico, Argentina, Bhutan, and the United States, to document the emotional stories of victims and the inspiring ways communities are fighting back.