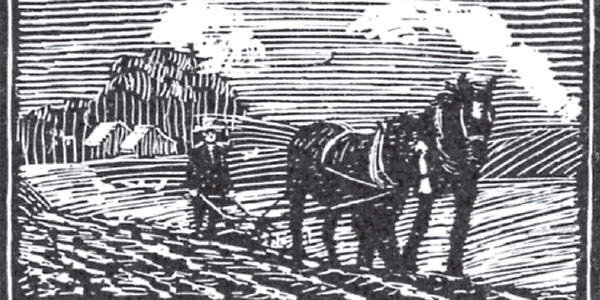 Farming from the Heart: Livelihoods that Hinge on the Land

Farming from the Heart: Livelihoods that Hinge on the Land

My friend Bob teaches school and farms 100 acres 30 minutes away from home. He asked me recently, ‘What can I do to make more money from my farm… without selling it, that is’? I answered, ‘there are a number of ways, and some have more impact than others.’ ‘Give me the biggest one’, he said. So, my answer to Bob was:

Do you remember filling out and sending in the U.S. Census of Agriculture survey form that comes around every five years? That data is gathered into a wonderful collection of information on agriculture that goes back to 1863 and is available to the public. Recently, that information has been organized into two groups: 1) farmers for whom farming is their Primary Occupation and 2) all Others including retirement farms, farms as avocation, experimental farms, etc. It is fascinating. When we look very broadly, at the nation, as a whole, it appears that the largest determinant of net income per acre harvested is not the size of the farm, the education of the farmer, or financing but it is the relationship of depending on the land for ones livelihood. We find, for example, that our nation’s farmers who have farming as their Primary Occupation make almost two and half times more profit per acre than the Other farmers. And as a corollary we find that farm tenure, the years on their present farm, is forty percent greater as well. (1) In an era when farmers are struggling to maintain profitability and a sustained five percent increase is unusual, this is immensely significant.

We hear often about the relationship of farmers to their land and have assumed that it makes a difference in how agriculture is practiced. But in large measure we haven’t asked, what relationships are being discussed or what difference it makes. It is a topic that doesn’t get much discussion in our university classrooms as it doesn’t fit well into any of the established academic disciplines, yet the subject is one that most farmers understand and relate to. (2) These differences in the way we farm appear to be dependent on the level of dependency on the farm for the farmer’s livelihood. It merits looking deeper.

There may be some who might suggest that this is a result of large farm size and economies of scale. While the big farms are huge farms, the data shows that fully half (54%) of all United States farmers who depend on their practice of agriculture for the livelihood do so on 179 acres or less and even half of those (27%) are farming 49 acres or less. (1) Contrary to much of the popular sentiment, it’s the farmers who are proving that small farms can be just as viable in sustaining agrarian livelihoods as large farms and perhaps more so.

Moving on, as we look at chemical and fertilizer rates of application and expenses we see that the two groups of farmers are very similar, not much news here. Yet when we look at machinery and equipment it’s another story. As compared to farms where farming is the Primary Occupation, Other farms spend much more money on equipment and machinery and use it less efficiently. The tractor horsepower used by Other farmers is more than 3 times greater per acre harvested and dollars spent on equipment per dollar of net income is more than four times greater. (1) It almost appears that on Other farms, town jobs are used to subsidize a competitive farm equipment habit, but more likely, with limited time available for farm work, bigger equipment is needed to cover more ground more quickly with newer equipment that is less prone to breakdowns… at least, that is the way I would tell my wife.

Where there exists a dependency on farming for their livelihood, farmers have more time on the farm, with more rigor imposed into their practice, more cost control and, it appears, more self imposed demands on the performance of all aspects of the farming system. For a comparison, those of you who have ever worked horses in the field, you will recognize the difference between horses that have been trained and worked regularly, over time, by a farmer who is dependent on them for his livelihood and an English hobby horse trained casually and used occasionally on the farm. Generally, not universally, there is more discipline in the horse, better mental and physical condition and that makes it vastly more productive and safe. It is the rigor demanded by dependency in practice that makes it a better horse and we better farmers.

As a farmer who has practiced agriculture both as an avocation and as a primary occupation, I recognize all of this, but there is more. I suggest that with the complexity inherent in farming, with the variability of weather, and with the great number of unknowns, that rarely do we farmers carefully construct probability distributions and make calculated, scientific decisions, there just isn’t the time. Too often we draw and shoot from the hip, quickly, intuitively, and we do it habitually based on what we intuitively feel is the right decision. (3) When our minds are engaged more into the farm and with the rigor imposed by being a dependent member in that farming system we develop a better foundation from which to make intuitive decisions and do make better decisions about the farm, at least such was the case with myself.

This discussion leaves me with more questions coming out of it than going in, such as where do the Amish fit in, in all of this. Meanwhile, my friend Bob is still teaching school and farming part time, our conversation, obviously didn’t convince him to change. It leads me to ask, how is it really that we make major life decisions, including decisions about how we farm? At a recent conference on agriculture, held in the State of Michigan, the question was posed to farm families who had made farming their primary occupation for over 30 years. Their answer: while money is needed, it isn’t the primary motive in their decisions. Yes, they could have made more money in town, but the decision to farm and stay farming was based on deeply held, even intrinsic agrarian values. (4)

These are values that can’t be taught by professors and extension agents as there is an inherent hypocrisy of a well paid professor standing in front of a group of farmers and advocating an agricultural livelihood where income will be low, risks high and hours long and saying, ‘but if you really love what you’re doing it won’t matter, but deep in their heart saying, but I for one, obviously, won’t do it.’ Intrinsic agriculture values must be taught by farmers, by example. It is one thing to say ‘go jump in a lake’ and quite another to say ‘come on in and join us, the water’s fine.’ The way I see it, ultimately, farming really comes from the heart and must be taught from the heart.