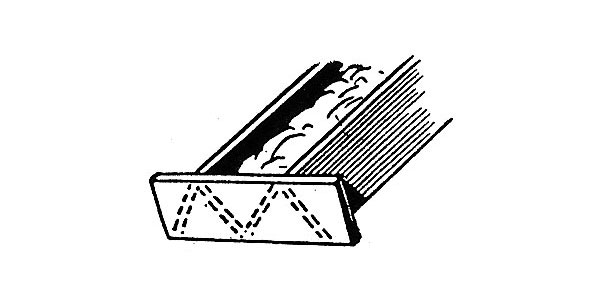 Having watched the weather forecast for the last five weeks, on the 28th July they finally forecast three consecutive dry days, so the following morning I cut the last of the hay. At this time of year, in a normal year, the hay would have grown tall by now, with some probably having flopped down to the ground and started to rot while sending new growth skywards from the tips and from the stool. In these conditions the modern disc and drum mowers that all the tractor farmers over here use have the advantage in being able to get under the crop, whereas the sickle bar mowers run over the top unless you cut against the direction of the fallen grass. But this has not been a usual year, the dry weather of April and May having held back the grass growth, so even in late July the grass was still leafy, not over mature, and importantly for easy mowing, still standing up.

Even though three dry days were forecast, as you can see in the picture, day one was cool and mostly overcast. You might also notice that I had the horses the other way round from last time mowing, with Lucy now next to the standing hay. I started off with her on the safe side, the near side, away from the cutter bar when she was younger, because Molly was already used to all the sights, sounds and vibrations of the mower, and like anything else when using an inexperienced horse, I wanted to easily get to her in an emergency, in this case without going in front of the cutter bar even with the mower out of gear. And I have just carried on like that, as Molly is still the more reliable, though Lucy will happily go on the off side on the hitch cart and other implements. I know some people always keep their teams the same way round, but in my opinion, if you don’t extend the range of a horse’s experience, you can’t expect to get an experienced and versatile horse. With that in mind and Molly getting older, the time may well come when Lucy will have to go on the crop side, so I thought she might as well start now with her usual reliable companion. So when bringing the mower home after the June hay I put her in the cutter bar side without doing any mowing; an easy step, and then this time I put her straight in to the right of the pole and went to mow. I did pay close attention for the first few seconds, when for the first time she had a better view of the grass board and falling hay, and then we just cut hay.

Because the sky was so grey, after dropping the hay I put into action my ‘mechanical quick-dry method,’ or, if you prefer, my ‘extra horse-work to save a day’ method, which is not as fancy as it sounds.

I probably need to backtrack a bit first to fill in the picture. Because of the weather in Britain, we traditionally keep the swaths left by the mower separate until we are ready to gather the hay, so the side delivery rakes, and the spider wheel turner I now use, can be configured either to put two swaths into one before baling, or to turn each swath independently. If we didn’t do this, in many years we’d never get the centre of a windrow dry. With light to medium crops, turning the hay once a day would make hay in three or four days, but with heavier crops and in wetter areas a tedder comes in very handy. When I started making my own hay, on just an acre or two, I only had a side delivery rake, so after turning I would go round with a fork and fluff up any lumps, particularly near the hedges and at the corners where the side delivery rake might have missed a bit. But my tedder, probably nearing its centenary year, makes life much easier, and I like to use it early in the drying process to open up any clumps of grass.

So to return to my quick-dry method, soon after mowing I turn the hay with the spider wheel turner to expose the stalky underside of the swath which at this stage is often the wettest and is the slowest to dry, but the stalks and leaves are still close to each other, so I then ted it immediately afterwards to fluff it up so the air can get in to dry it as fast as possible. If necessary, I do the same thing every day. Of course, this is twice as much work as doing one operation per day. I could use a ground drive forecart and a trailed modern type of tedder which pulls clumps apart with counter-rotating tines, but that would be a big investment, and on the scale I work, my method using older equipment works just fine. The alternative of moving the hay just once each day risks extending the hay making by another day, and recently we just haven’t had the luxury of a fourth dry day.

After the first overcast day, day two was sunny and hot, though an unexpected shower arrived around dawn, but by 10.30 the top of the swaths were dry enough for the hay to be turned and then tedder, but on day three, amidst temperatures of 28 degrees [80 +] I just turned it to get its final drying in the morning before gathering it with the hay loader in the afternoon.

If my equipment and methods of moving the hay are rooted in British tradition, the cutting and storing has a strong North American influence. My mower is an imported McCormick-Deering no. 9, bought reconditioned from a shop in the mid-west a dozen years ago. It now has topless guards all along the cutter bar which makes all the difference, especially in tangled crops, because it hardly ever jams; it just keeps chomping through, even through a cut swath. I have a feeling that the wear on the top of the knife, under the clips, may be greater than when using conventional guards, but I only used conventional guards the first year, so I am not sure.

I did once have an old no. 7 mower, which were imported into Britain until 1939, and thought about putting it to work, but being as worn as it was, it would never have become more than a half decent mower even with many new parts, which is why I went for a good professionally reconditioned model in the end. I learnt about some of the differences between the 7s and 9s from reading the Small Farmers Journal, but what finally decided me not to renovate the no. 7 was reading ‘The Horsedrawn Mower Book,’ because until then I didn’t really know what I was dealing with. Even though I decided not to do up the old mower, the detail in Lynn’s book has been a fantastic guide in allowing me to keep the no. 9 running and adjusting it right.

The other American part of my hay making is the trolley system in the barn. Although we had hay grapples and forks over here, they were only used with outside pole stackers, so the first time I saw the barn trolley system was in an illustration in the Small Farmers Journal, and later in more detail in ‘Haying with Horses.’ Since then, ebay appeared, so before building the barn I bought a Myers trolley and various pulleys from the States, but I had to make up the track from two pieces of L-shaped steel welded together. I really like the economy of the system, but at the moment the trip block which I made from a thick piece of steel doesn’t allow the trolley to trip easily enough for the trolley to travel down the track. I think I need to file the angle on the trip block so the jaws on the trolley can release more easily, but I don’t imagine anyone on this side of the Atlantic can tell me if that is right. But maybe one of you can? And for the sake of my hands, I must replace the haul back rope with one made of natural fibres.

P.S. Lynn didn’t know this was coming, though I hope he won’t edit out the fact that you can obtain both books from smallfarmersjournal.com – highly recommended!