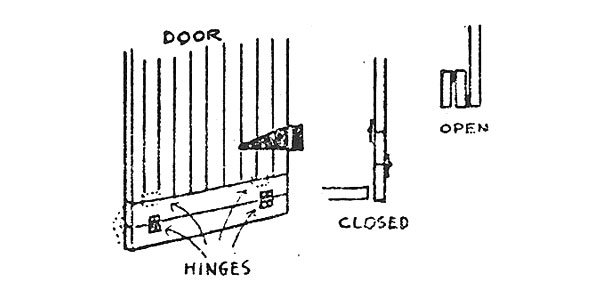 It has been a few weeks since I have mentioned the Corona virus in these letters. There is, after all, plenty of news about that elsewhere, so if you want you and your computer to be a virus free zone, skip down a few paragraphs.

For most of us, I guess, the initial shock of a new and nasty virus sweeping across the world has subsided. Of course, for those who have friends or family who are seriously ill, in long term recovery, or have died, their shock is more profound and longer lasting, and for those of us who have not been affected, we can only sympathise, knowing that we all too easily could be in the same situation. For those of us, however, who have grown used to the security that comes with the likelihood of living into old age, the initial impact of the pandemic has profoundly shaken and questioned our expectations.

A few months on, things have started to feel different, at least that is how it feels to me. After the initial spike, by mid-July the number of new cases here in Britain had dropped to fewer than 500 per day, and for the last couple of weeks the number of daily deaths has been less than twenty. But the biggest difference is how we are dealing with it. As the danger has changed from a scary new virus which no-one knew anything about, to a widespread virus which lots of people partially understand, the unknown factor is diminishing. With that, people are starting to assess the risks in their own lives and engage more with the outside world, though usually from a distance, but there is still a wide variation of perception between individuals. But there is also another undercurrent, let’s call it Corona fatigue, with people just getting fed up with having to be careful. This is perhaps most noticeable amongst young people, the ones who during lockdown most curtailed their normal social lives to protect older people, even though there was very little risk to themselves. Although there is less concern about the virus, the cases have now risen again, to over a thousand new cases a day. That is obviously twice as many as six weeks ago, but to put it in context, a more useful count is the number of new cases per head of the population. Using this measure, the number of new daily cases per hundred thousand people in Britain is around 16, compared with 11 in Canada, 118 in the US and 141 in Brazil.

Economically, however, of the countries in Europe, Britain has been worst affected, and with a very unequal society, the most disadvantaged have been worst hit. This has been most noticeable in former industrial areas, where since the deindustrialisation of the 1980s, the work has been low skilled, part time and often on zero hours contracts, as our economy has changed from making stuff that we need, and yes, stuff we just wanted to have, to a ‘service’ economy where we sell each other take-away sandwiches, coffee, and financial products.

Nowadays, there is a lot of talk about resilience: resilience of supply chains, of infrastructure, of organisations, of individuals, families and communities that are under stress, of habitats and ecosystems. But somehow that concept doesn’t seem to apply to the economy, which I suppose is why our Government is encouraging people to go back to the office, rather than work from home, so they can reboot the economy by buying their coffees in disposable cups once again!

Meanwhile, ‘back at the ranch,’ I put up another spring gate in the electric fence this week, between the track round the outside of the field and the grass in the middle. It is one small step in my move to greater field scale resilience, but I don’t usually think of it like that. Another way of putting it is an experiment in horse friendly grazing and soil management, but usually I think of it as something interesting and perhaps better to try.

The new spring gate is to make it easier for me to let Lucy into a different part of the field. Varying from year to year, I start her grazing on a different piece of the field, Molly’s propensity to laminitis meaning she is on the track all year round, mostly fed on hay. Lucy is a good doer, so her grass intake is strictly controlled by moving the electric fence, and I let her into the track with Molly for six to twelve hours each day, through one of the strategically placed spring gates. It’s a bit like the paddock system that cattle graziers use, except with one horse the area would be too small, so she also has access to some of the area where she has already grazed. This is a zone of safety to run into should anything scare her, but it also functions as somewhere to get out of the wind, sun or rain. Choosing a different place to start grazing each year, the different parts of the field are not overgrazed or overdunged, and I leave a well-shaped area that is easy to cut for hay.

Since we planted our small woodlot the horses have benefitted from the additional windbreak it provides, but going in there even on a very hot day, I noticed just how cool it is and how the soil retains moisture, just as it does underneath the hedges where the soil is soft and full of humus. With increasing periods of high temperatures in recent years [this summer notwithstanding], more strong winds and more periods of heavy rain, the idea of introducing trees into the grass area has become more attractive. So, two winters ago I planted three parallel rows of trees across the middle of the field, running north to south, not a natural look, but it makes it easier to use the mower. Having been brought up in the tradition of orderly farming, of keeping fields clean and tidy, and empty, deciding to plant trees in the middle of the field was quite a challenge to my preconceptions, but I am warming to the idea as time goes by.

The trees are still small, and because I haven’t fenced round them, some have been nibbled, but following an observation in Isabella Trees’ book, ‘Wilding,’ of how trees successfully sprout from within clumps of high brambles which grazing animals won’t go through when grazed in low concentrations, I have been surrounding some of the little trees with brush. The brush comes from when I trim or lay the hedges, hedge trimmings traditionally being burnt to get them out of the way, but why put all those hard won nutrients up into the air when you can make them available for plants? The proof of high nutrient levels in the twigs were the beds of nettles which appeared where I had previously dumped hedge cuttings on the edge of the wood, and nettles have now appeared around the small trees. These tiny havens have already become places of refuge for small birds, and the weed growth and brush provides some protection from the wind and a small disincentive to one cart horse’s long neck.

Although my few trees may have only a tiny effect on lessening atmospheric CO2, I hope they will provide some shelter from the sun and rain, and slow down the wind just a little, whilst being an engine to move nutrients from deeper in the soil, via the leaf fall, back into the upper soil layers. Whether the grass production will be seriously reduced due to shading, I don’t know, but I did see an experiment, I think it was in Tennessee, showing increased cattle growth rates when grazed under such a system compared within an open field. We shall see!