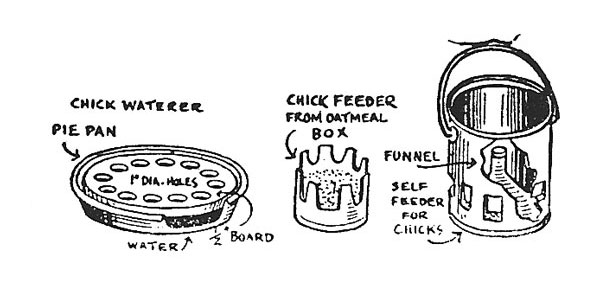 As I start writing this, on the 23rd of September, we have had the first rain for ten days, following a period of gloriously warm and sunny weather. I always think that warm weather in September is a gift, not expected but nice when it happens, particularly after the wet and cloudy August we have had here.

The first day of the fine spell of weather fortunately coincided with my niece’s wedding. That morning I woke early, earlier than I needed to, and thinking about the forthcoming wedding I was reminded of my own wedding to Liz a quarter of a century ago, and the last family wedding seven years ago, just a week after my father’s funeral. Then I got thinking about my dad, and that is when I got out of bed and finished my last ‘letter,’ and then I started thinking about my mum who is now too frail to travel, even to her granddaughter’s wedding, and even if she did she probably wouldn’t remember it. So, getting out of the car a few hours later, particularly in these distancing times, it was a joy to see my nephews busying themselves with last minute preparations, and my brother all dressed up, looking very fine. We had plenty of time to walk down the lane from their house to the small, 800-year-old church, and, seeing some interesting cattle in the adjoining field, I crossed to the fence to take a picture, getting burrs stuck to my suit, and then I realised I had left my face mask in the car, so I had to hurry back up the hill, returning just in time to join the loose throng of family and friends gathered outside the church before we were ushered in.

The church was only an eighth full, Covid restrictions limiting special occasions to thirty people, so families were spaced a good distance apart, masked up like overdressed bank robbers, except for the children, the couple and the celebrant. For a few minutes we sat expectantly in the relative cool of the old stone church, then as my niece came down the steps on my brother’s arm, the sun streamed through the open oak door, turning her veil to a shimmer of light as though an angel was coming to join us.

This was the first wedding to be held in the village since February, and the vicar was clearly pleased and a little excited to welcome us all. She then invited us to quieten our thoughts, as a wood pigeon cooed from the trees outside, and then the service started, my nephew and his wife sang, and a little while later the vicar asked, ‘do you Andrew take Hannah…’ At these times it is traditional for the bride’s mother to shed a tear; I don’t know if she did, I couldn’t see her way up front; but mask or no mask, I had to retrieve my own handkerchief as my eyes filled and my mask began to moisten.

Being part of this celebration brought home the unkindness of not being able to meet each other, not being able to hug each other, during this pandemic. So having this opportunity to gather as a family perhaps made Hannah’s wedding that bit more special, and we were lucky too, not just with the weather but also with the date, because due to the rising numbers of Corona cases, fifteen is the maximum now allowed to gather for a wedding.

On the way back up the hill from the church, I climbed over the gate to have a better look at the cattle; it wasn’t such an imposition since the cattle belong to my brother. Like me, he is not a proper farmer, he is a vet [veterinarian], but with an abiding enthusiasm for animal breeding. For years he has bred Light Sussex hens, but for the last dozen years he has also had a small herd of Northern Dairy Shorthorns. These cattle are a sub-group of the Dairy Shorthorn [similar to the American Milking Shorthorn] developed in the Yorkshire Dales, the picturesque but bleak and windswept hills and valleys of the northern Pennines. For a time the NDS had its own herd book, but for many years they have been incorporated into the Dairy Shorthorn breed, but were largely ignored by the breed society as being marginal, and by the Rare Breeds Survival Trust because they were not recognised as a distinct breed. However, since my brother’s involvement, by breeders working together, swapping bulls, establishing new herds and using the available genetics intelligently, the number of females has increased from 52 to 270.

Although some people keep rare breeds just because they are rare or nice to look at, the real point of breeds like the hardy and thrifty Northern Dairy Shorthorn is that they have their own characteristics which suit particular environments and conditions. Unfortunately, this is a lesson lost on many breeders of the once more popular breeds of dairy cattle, as they chase after production goals set by the Holstein. So nowadays breeds such as the Jersey, Guernsey and Shorthorn often use Holstein blood in their pedigree herds to increase the milk yield, so the original populations [the ones without imported genetics] are getting as low as the Northern Dairy Shorthorns or Gloucesters.

The aim, of course, is more milk. More milk; more money. But to produce that milk, ever more concentrates are needed, and the cows are pushed as hard as marathon runners, so much so that the average life expectancy amongst British dairy cattle, most of which are Holsteins, is only two lactations. This seems like an equation hard to balance. Is it really more economic to have cows that spend as much time in pre-production as in production? Is a smaller breed of cow a worse cow if it produces 2/3 of the quantity of milk but only eats 2/3 the amount of food? If a less productive cow produces 3/4 the amount of milk as a more productive one, but only uses 10% hard feed instead of 35%, which cow is better? These are obviously questions for individual farmers, but there are also wider questions such as the sense in using all that energy, to make nitrogen fertiliser to grow the barley or corn, to power the tractors and combines, to move the trucks to ship the grain, all to feed cattle which would be happier and healthier walking to a fresh patch of grass.

Back at home, after the wedding and a week’s holiday in the south west of England, I got the green manure sown in the field the day before the rain came, rye and vetch in the parts that will be fallow next year, and a more complicated overwintering mix in the patch for next year’s potatoes. In the garden things are slowing up, the greenhouse tomatoes are nearly finished, as are the zucchini and the French beans. This morning the temperature was only 3 degrees above freezing, so the year is slowing down, and with less happening, these letters will become less frequent too.

I did, however, start a little experiment the day after I got home, but I will tell you about that next time.