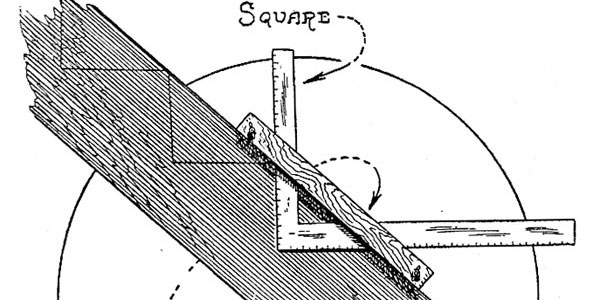 It would take little more than a postcard to write down what I know about working oxen, but after last weekend my curiosity about them has increased. I have only seen draught cattle working a couple of times, at the Horse Progress-like event in Germany called Pferdestark, with the German three-pad collar system, but my interest was heightened by some of the presentations at last weekend’s virtual conference on draught animal power. The conference brought together museum curators and academics, NGOs and interest groups, educators and practitioners from over 30 countries, but as a part-time practitioner, as a hands-on horse user, this wasn’t quite my scene, a few too many acronyms, a bit too much organisational speak and too little detail for my taste, but perversely perhaps, all the better for that. Because it is too easy, too comfortable, too narrowing to remain cocooned in our own little world, sometimes you just need to get out, even if via a computer screen, to hear people who have different experiences and passions, but have well founded perspectives in a similar field.

Sometimes of course, there is great value in staying local, in staying at home; to know your land, your animals, your fields, your parish, your neighbours, climate, markets and culture; huge value in fact. But it is easy to lose perspective, to see what we do as being just fine because we are ignorant of anything else, to see ourselves as the greatest because we don’t know what someone else is doing around the corner, or perhaps we don’t want to know.

One of the things we should perhaps know is the importance of draught animals, and in one presentation, one of the huge facts that hit me was the number of draught animals worldwide. How many do you think there are? Working buffalo, oxen, donkeys, horse, mules, camels, etc? Have a guess! It certainly makes the few hundred horses that have seen the inside of a collar in Britain, and the few dozen that regularly do so, pale into insignificance. Another astounding fact was the worrying increase in donkey thefts in Africa to feed the Chinese market, and the consequent lack of donkeys for people who need them for their survival, but there were also heartening tales, including donkeys being used to ease the burden of land preparation in Burkina Faso, to better capture the rainfall, maintain organic matter and grow better crops.

The conference, by its nature, inevitably attracted enthusiasts, people who have put time and effort into working with animals, researching their history or the science of draught, presenting them to the public or advocating their use. But even with good evidence of the value of draught animals, in wider society and all over the world they are still seen as being backward, as being tied to ignorance and poverty, so much so that no Government, as far as I know, has a policy to encourage draught animals. Expensive and new, high-tech and speedy still seem to be the watchwords for what is still called progress.

So it was a great pleasure to see the presentations on my wife’s tablet device, as I sat cocooned in an armchair I carried into the workshop especially for the occasion, of practical work in far off places, of steadfast efforts to improve and develop the use of working animals, to glimpse the investigative work into draught forces and machinery from Europe and South America, and to hear the experience of advocating for and training people to use donkeys and oxen in Africa. There is a lot of good work being done all over the place, but just as there are directories for companies that make draught animal equipment, I wish there was a similar directory for studies into draught animal use, whether historical, sociological, physics-based or on welfare and management, because most of the time, most of us don’t get to find out.

The presentations came thick and fast, but there were a couple that particularly spoke to me. In no way do I want to diminish the others, because many were full of interesting information, of important developments and experiences based on years of committed and useful work, but these two just struck a chord. The first was a short film from a German woman, whose name I don’t remember, about her ox, delivered as she crouched and stood near this animal that towered over her and then later she yoked it to a sledge – nothing remarkable in the activity, but the connection between the two of them was clear and impressive.

The second was a presentation by Rick Thomas, the horseman/oxman/teacher at Sterling College in Kentucky, who, like me, was sitting in a comfortable chair in his work room. He talked about their educational programme, about his students and the draught animals, and the work they did at the college. He spoke directly from experience, from understanding, and once you got used to it, the manner of his delivery was a message in itself. Because the words came slowly and deliberately, not from dullness or a sluggish mind, but from knowledge, integrity and the desire to strike the right note. The content of the talk mirrored the measured style; the core message was one of pace; of the students’ gradual introduction to the animals and the work, of how the students first went into the woods only with an axe, cross-cut and ox team, so they could hear the birds as they worked, of how through their work they associated with and became embedded in the stable, smelling of cattle and covered with horse hair in the springtime. Time and again, he said, through working at the pace of the animals, through taking responsibility for them as the students themselves increased in ability, the young people matured out of all recognition in only a few months.

I am sure my impressions of the conference will be different from many other participants who have different interests and perspectives, and of course, the missing part was the dining table conversations which didn’t happen because we were all still at home. But on the other hand, would I have travelled if the conference had been held in South Africa, South Dakota, the Süd Tirol or even Southampton? Probably not.

And if you are still wondering, the number of draught animals globally, depending on whose figures you take, are estimated to be between 230 and 434 million.