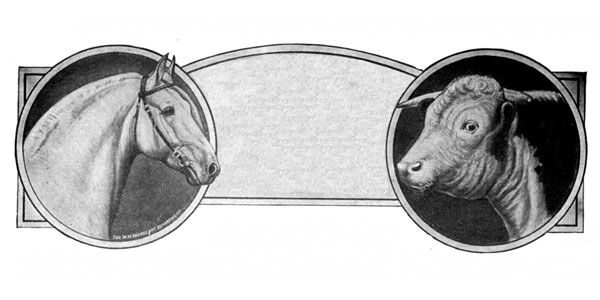 You pull hard against the load. Hard. Straining, leaning forward, all muscles targeted towards getting it to move, or to keeping it going. Then without warning, it snaps, something gives, and you feel yourself falling, face forward, out of control. Your feet can’t feel the way to get out there ahead, as bracing. You ‘know’ you’re gonna get hurt. This is not good. It’s a form of dizzy helplessness that is frightening and disheartening. It literally and figuratively throws you off.

Now, imagine you are one of a team or set of horses or mules, in harness, doing a routine job you know and understand. You are pulling an implement, a plow. It slices through ground, lifting and rolling the dirt. This plow is mounted on wheels and your human partner sits above it, behind you, driving lines in hand, plow controls nearby. With no warning the pull tightens and you instinctively lean more effort into the collar as you feel held back. You push harder, your partners push harder, then something gives or snaps, all you know is that you are falling forward in panic. You and your teammates fall to your front knees, noses hit the ground, you jump up with a sense that something behind you is very wrong. You think about getting out of there. You might even wonder whether or not the teamster is still in charge.

Draft animals dislike being “cut loose” of a load while pulling. If it happens two or three times in a tight sequence, they might be expected to baulk when asked to pull that hard again. They might stop just as soon as the load stiffens, hoping to avoid the disconcerting “release”.

These things came to mind recently while I was considering the new innovation designed into White Horse’s Spring-assist Riding Plow. Canadian Kerry Smith made it possible for one of these new implements to make its way to our last Auction. Before our event I had spoken with Melvin of White Horse on the phone. He was deservedly excited about several things his Pennsylvania company have been able to develop. They had modified the basic design of the longturning Kverneland plow bottom to reduce the drag and accomplish the same fine soil turning work. So now we have these bottoms manufactured stateside (instead of Europe). And they’ve set up shop to be able to reproduce plow points for most models of horse drawn plows. (Means that when you need an Oliver or John Deere plow part they will probably be able to help you.) But what seemed most intriguing in the moment was their new spring-assist sulky plow, designed so that when an obstruction was hit while plowing – the beam would release and swing back and up, allowing the plow point to clear the stone or root ball, and then as the plow moved forward, to reset itself. An amazing, sophisticated and useful innovation for those of us who plow with draft animals.

Day before our Auction, shortly after the plowing competition, Mike McIntosh and I had a very narrow window of time to try out the plow. The piece of ground available to us was hard and harder with mysterious subterranean aspects that felt like we were trying to plow over the buried cab roof of a 1949 Studebaker pickup. Mike and I are of that old school of thought when it comes to plow adjustment: change ONE thing – try it. If it works, bingo. If it don’t, adjust ONE thing – try it again. Never ever adjust several things at once and especially not if you have lots of company most of which are convinced they are the only ones who understand the plow’s problems. I’m reminded of that time Mike Atkins and I were going to fine-tune the then brand new prototype Pioneer foot-lift plow before the National Plow Championships in Ohio. It was raining. Mike had his superb three Belgians hitched. No sooner had we stuck the plow in the ground then 41 guys in bib-overalls all brandishing chrome crescent wrenches wafted down, ghost-like, from the surrounding tree tops and set in to twist and turn every moving part on that plow. No doubt some of them knew what they were doing or at least trying to do. But the others didn’t and the result was a mess. Mike and I plowed off a ways in the rain and when we found ourselves alone, chuckled and adjusted ONE thing and tried it – that was the sequence until we got it just right.

The premise here, with adjusting plows, works in many walks and ways of life; often one small change has a big effect and we cannot always predict the outcome. Changes to two or three things in a complex or simple working system might throw understanding and fine-tuning to the winds. (Being in a hurry sometimes translates to being in reverse.) Take working animals for example. When mystery and confusion cloud efficiency and effectiveness, patience applied to the rule of single steps will always pay big dividends.

If you’ve been working horses for a good while you come to understand these things instinctively. There’s a lot of shade-tree psychology employed these days when it comes to training animals to work in harness, some of it very good, a lot of it superfluous or even silly. I still lean towards what my mentors and life experience have taught me. Nothing but nothing replaces long days of actually doing the work. And that is true of both teamster and animal. Theories and arm chair admonitions (i.e. NEVER smoke a pipe around work horses and NEVER NEVER buckle your wingus before you tighten the goober-clamper), cloud the real objective. “Hey, let’s just get this work done,” he said. There’s time enough Sunday afternoon over a glass of cider to wiggle our brains around all those ‘should’a could’a s, though playing music would be more productive.

On the back side of that I can easily applaud the White Horse innovation with this fine plow because the intent is so very clear, “let’s just get this plowing done”.

So, in keeping with the suggestions of several of you readers, less talk here about philosophy and such – more of the nuts and bolts to getting the job done. Perhaps that way we can be better prepared when we’re surprised because the load broke loose and threw us into the scary future.