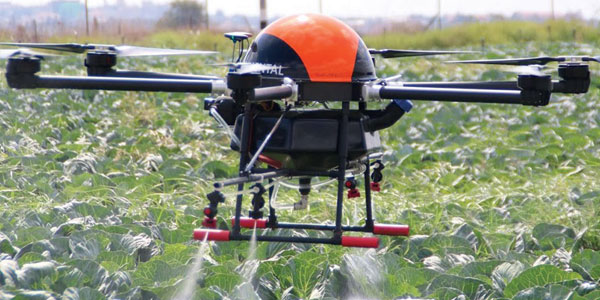 Quitting the Rush to Extinction

For farming, what’ll it be?

Which is to say the marriage of craft to logic. Inviting a review of the craft of farming and the flawed logic which has the healing and nurturing intrinsic to good farming appropriated for the insane goal of forcing biological systems to fit corporate- governed, profit-centered industrial process.

There is nothing new or unique about the observation that ‘heavy metal’ disease cripples good farmers. ‘Heavy’ as in expensive, as in demanding of expensive companion implements and chemistry, heavy as in defining the work, heavy as in dictating how your day goes, heavy as in relegating the human being to a role of subservience, heavy as in pure poison for nature, heavy as in eventual obsolescence for the human race.

What may be new is a belief that this is not limited to big, industrial-scale, agribusiness operations. This latest crop of small farmers are just as susceptible. What may also be new is our insistence that modern accounting is culpable, for it will force this on you even against your better judgement, even against your best instincts.

The idea for this issue was to put together a timeline showing how man’s inventiveness has often worked to improve farming while making a case, by a long-line, narrated illustration, for our opinion that at the same time man’s engineering, bio-engineering and chemical inventiveness has mostly failed us and with terrible consequence. Too ambitious for an article? Yes. As I got into it I realized this perspective, this wider view, included concerns for genetically modified organisms, chemical invasions of natural process, and intensified monocultural systems best suited for high-tech agribusiness. But the discussions and the inquiries need to be happening over and over again, because we are in a pickle. We’ve lost the notion that farming requires thinking ahead, thinking about consequences, goals and the very holiest of opportunities. Man’s stumble-bum, grab and run approach to agriculture and nature is contributing to the fear for many of us that human extinction may be a consequence. A supreme paradox, for good and thoughtful farming at its core offers a sublime chance for man to prosper, while protecting and nurturing all of biological life. But thoughtfulness no longer governs, profits do.

These discussions are difficult. Partly because many people don’t want to think about such things. But mostly because its is complex. If this were to be subject for an article it would take a thousand pages to do justice to such a timeline and inquiry. It is a long story, or a million stories. There’s a progression, or so it would seem. Mankind starts by discovering that seeds from the fruits he/she eats may germinate in certain conditions and grow to a maturity which in turn produces that edible fruit. A cycle. A natural wonder that seems to be available for mankind to orchestrate, first by hand, and then with pointed sticks, and then bunches of pointed sticks, then things which roll, and dragging systems, and pushing and packing and digging and so on and so forth. Until we get to the heavy metals.

For at least the last hundred years it has been a less than honorable progression. In the beginning there was the perceived need to make the physical labor easier. Then there were new goals to increase productivity and efficiency but not so much for individual farmers, more so that industrial process had a better chance of succeeding. And finally, today, we are witnessing the corporate attempts to control all of food production for therein is a guarantee of absolute power, or so the monkey-accountants and CEOs believe.

Farming is an art, it is also a craft. We think about it frequently as a systemic treatment of nature and with nature, the goal of which is the production of food and fiber. All of this when lumped and worked together comes of the very origins of the word “technology.” Not the ways we see it and hear of it today. In the 1970’s we came upon the first common usage of the term “high technology” as applied to computers and applied data-driven systems and then morphing into artificial intelligence. Today the ‘high’ has been dropped. Now, frequently, when people throw around the word technology they see it in terms of IT or Intelligence Technology. But for farmers and farming, Hi-tech spreads out to include driverless tractors, drones, and the marriage of mutated plant and animal forms to chemical intensities.

For me, the meanings of the words weigh less than the sterility and neutering we see as a consequence of this form of modernity.

Our job, simply put, has long been to stir the soil and prepare for seeding, then to cultivate out the competing weeds, and finally to harvest whatever the crop might be. For these things we may, to a lesser or greater degree, use tools or implements to aid us. BUT today the technology has altered the equation with deadly results. We are killing, and in many locations have killed ourselves and the planet, while destroying the very culture of our farming.

As we get older, many farmers find that the friends and family we relied on to help with big farm jobs, projects, harvests, just aren’t there today. Whatever our farming system and set up, there are processes that become daunting to the old individual farmer or farm couple. For those of us who have chosen, over a lifetime, to go the route of a hands-on, handmade farming, where the rules of the game dictate ‘appropriate technologies’ (often relic technologies) we may find ourselves shifting, in order to be able to do what needs doing. For many years we put up loose hay with teams of horses, mowing, raking, buckraking and stacking. It took three or four teamsters, a stacking crew and other support people. It worked for us and it was glorious. When the children grew up and moved away, and the older teamster friends passed on, my wife and I had to figure out ways to get the work done. First thing to go was the loose haystacking. We went with small bale hay. We miss the loose hay operations. The scale, paradoxically, was grand and grandiloquent. Now we deal with crews of one or two instead of 6 to 10. Everything changed.

And for the changing paradigms of modern small farm operations, with new intensities and overlaps, new and younger farmers are having to find or invent whole new mechanical aids to the farming they choose to do. In many respects this is a delightful circumstance because it means that appropriate technology, that which follows the needs of each farm and fits the scale, is the first and maybe only choice.

For agribusiness and its heavy metal disease careful thought of consequence and applicability is absent. There is a blindness to the progression, a headlong fall into a dark tunnel. Cul de sac is the bottom of a sack, the end of a tube with one opening, Culture sac is what we have as a result of the piling on of ill-conceived advances in agricultural technologies, we are heading full speed down a blind alley, a dead end.

Balanced appropriate elegance MUST once again be a consideration in the design of farming tools and systems.

It might be helpful to start with throwing out the word ‘agriculture.’ It’s a big part of the problem for it points to an implied acceptance that a sterilizing reality governs our choices. Why not stick with the word ‘farming’ which represents an invigorating while stabilizing humility of approach?

They will tell you if we do not advance we die. That is poop. In and of itself it just ain’t true. Same folks will tell you that farming is big business and if you don’t keep getting bigger you will die. A sick, self-fulfilling prophecy governed by big bad blind banking.

On the pages of this publication, part of the long bargain has been that we do not need to agree with one another in order to consider novel ideas with pause. This publication has always been about peering inside of ideas, always been about considering things which on the surface may seem bizarre but with time at least point in new and useful directions. And also point towards former ideas which were too haphazardly set aside.

It would be most helpful if we could agree upon a mantra that guided our assessment of ways forward with farm tools. What criteria might we use to help us determine appropriate from appropriating?

A. Does the implement invite you to adjust it, repair it, restrain it? Or is it beyond you?

B. Does the tool receive working instructions from elsewhere?

C. Does the technology before you demand that you expand operations in order that you afford her?

D. Does the tool come with a mortgage and lender demands?

E. Do you feel wholly inadequate in the presence of the work it performs?

F. Are their territorial imperatives to the technology which are defined and amplified by decals, insigniated clothing, and false team spirit?

G. Are their warning labels affixed?

H. Is the manufacturer currently embroiled in lawsuits against the trespass of its customers?

I. Are farmers who are using this technology dying because of it?

J. Is top soil being destroyed by this technology?

K. Does the growing popularity of this tool, this technology, coincide with the shrinkage and sure death of local communities?

Think about it. Before you make an equipment choice, think about it. Ask yourself lots of questions and give the good and appropriate of your current operation all the credit and appreciation it deserves. Quit the rush to extinction. Join up with nature through hands-on farming. LRM