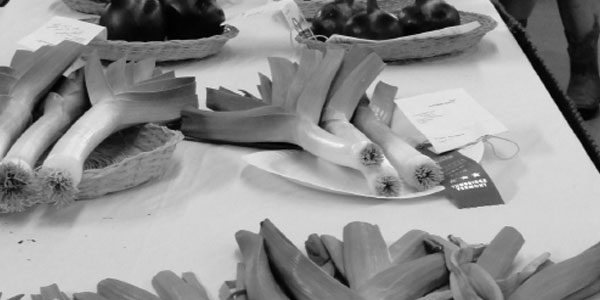 Farming from the Heart: Searching for Civility

by Chet Kendell of Rexburg, ID

Frankly, the development of agriculture preceded the development of civilization. It was agriculture that allowed people to settle into a place and abandon the migration needed for hunting and gathering. But problems with agricultural labor are as old as agriculture itself and it appears that the two evolved together. Whether it was in ancient Sumer, the cradle of civilization and agriculture, or in ancient Egypt, China, India or America we find emerging with the development of agriculture the companion problems with agricultural labor. Even the account of Cain and Abel can be interpreted as a farm labor conflict. The historic problem has been the short window of time in which fields must be worked and planted and then later harvested. A large labor force was needed, but only seasonally. The persistent problem was then and still is that there is really no livelihood for the farm laborer, without migrating. An agriculture which allowed the general society to settle and build urban centers still required a farm labor force to migrate to sustain a livelihood.

Even the present farm problems associated with the heavy debt burden needed for modern equipment as well as the bidding up of land prices to achieve the economies of scale I see as the same basic issue. In the attempt to solve the farm labor problem we have simply substituted capital for labor…and capital problems for labor problems. While we don’t have a hundred harvest workers sitting idle for ten months of the years, we do have a $300,000 combine in that same predicament. In 6000 years of conventional agriculture the advantages and problems inherent in it have not really changed much and probably won’t change without a most fundamental change in agriculture itself and the farming systems we use.

In the mid 1990’s I was farming fruit, we had 328 full sized mature sweet cherry trees, plus peaches and apples; all of which required intensive manual harvesting on ladders. Picked with their stems on, sweet cherries were the difficult harvest. Due to the afternoon heat we only harvested from daylight to about 11:00 a.m. The harvest typically ran for two weeks. We would begin picking in the morning, then as soon as possible we would begin field chilling the fruit, then about 8:00 a.m. we would start the sorting and packing operation. We tried to finish packing by 2:00 p.m. and began making deliveries in a refrigerated van until 8:00 or 9:00 p.m. Then it was home, cleanup, eat something, sleep something and start again at 5:00 a.m. It was intense, but only for two weeks; you farmers out there who direct market a perishable crop will understand this process all too well.

The biggest problem was finding the labor to pick the cherries. Harvest costs were the majority of the total cost of production. Remember this was the mid-1990’s; unemployment rates were very low. I’d go into the State Job Service to see Frank or Tony. I’d smile and say: ‘I need 24 experienced, seasonal, part time, fruit harvest workers for two weeks’. They would smile back and answer, ‘we’ve got no one’. I’d come back with, ‘I pay cash each day by the pounds picked, which usually translates for experienced workers to $10.00 to $15.00 per hour, some families make $250.00 or more per day’. Their answer was still, ‘not a chance, we have no one at all’. Of course, I could pay by the hour, but then I’d have plenty of workers, but no cherries in boxes. Then, our conversation usually went like this: ‘Chet, you’ll just have to do like the rest. Pull up near the Red Duck Convenience Store about 6:00 a.m. and they’ll jump in the back of your truck…but make sure they give you a name and a number and write it down’. ‘Does it matter what number they give’? ‘No, not really, just write it down with their name in your permanent farm records for your protection’. And so I did, yet it was a very sobering realization that as a farmer, my livelihood was dependent on a workforce coming to farm each day that was largely some combination of illegal, chemically dependent or criminal…but then were not my actions somewhat criminal as well?

About this time I was reading in the Good Fruit Grower Magazine about a research survey conducted by Washington State University. They interviewed a great number of migrant farm workers about what they desired most from their employers.[1] I could just imagine a host of pesky graduate students descending upon the orchards of the State of Washington like another farm plague without an antidote; interrupting a critical harvest time for both workers and farmers. But their findings were startlingly simple and perhaps profound. While wages, working conditions and housing continue to be important, what farm laborers desired most was to be treated civilly by their employers! Imagine that; treated not necessarily with kindness or respect, just with simple civility. Was I; are we, as farmers, that bad as to lack civility with our employees? Should we be surprised that civility, which is historically developed through settlement in a place, should be the most desired by migrating farm workers?

Later, after discussing this as a family, we deliberately decided to experiment and find ways to be more civil. On the way back from town and picking up pickers early one morning I asked Pete a question, ‘Is there anything we can do to make your experience on our farm better’? He answered simply, ‘Yes, we are hungry in the morning and a sweet roll would be nice’. Ephraim who sat next to him said, ‘I’d rather have a pack of cigarettes’. While we forewent the cigarettes, we began providing a simple breakfast each day. While I was in town my wife and daughters would put out a very simple ‘help yourself’ breakfast on a table, with a table cloth; coffee, juice, sweet rolls, donuts, muffins, boiled eggs, and fruit. In mid-morning we’d hand out treats and then at the end of the day, we always gave everyone a cold soda and large candy bar to go. I think it was the table cloth that made the difference. It was an old habit my wife had learned from her mother. While we might, on occasion forget to say Grace on the food there was just no chance, not in this life or the next, that my wife would put food on a table without a tablecloth going down first.

There was a problem we constantly struggled with, and that was we needed employees reliably each day of the harvest; and so my wife and I talked with our harvest crew; they made a suggestion and we listened and made changes. We paid the regular rate per pound picked each afternoon, but then offered a 25% bonus paid the last day of the harvest on all pounds picked for the duration of the harvest. But, to be eligible for the bonus the employee must have worked all days of the harvest. It ended up working to the advantage of us all; they got more money per pound and we a more reliable work force.

In looking back, it may well have been our little attempts at being more civil that opened other doors and opportunities for us. There was obviously a lot more going on than I can explain at this time. But there evolved a returning core of pickers who became harvest employees, then friends and even neighbors. The more we came to know them, the more we liked them and I expect the same was true of them. We sought them out at holidays and looked for reasons to have them work. We found ourselves receiving invitations to their weddings and unfortunately attending their funerals too.

In subtle ways they began to take ownership, not just for their work, but also for contributing to the success of the farm. When I realized what tremendous breadth of experience they had, having seen a great many more orchard operations, both good and bad, in their day than I, our relationship changed. They had seen what worked well and what did not. We usually ate our lunch together, at the picnic table with a table cloth on it, under the big old maple tree in the back yard. It was a good time to talk. They were like a committee of professional orchard consultants that helped to solve some of our more persistent farm problems. It was their ideas and quite frankly their network of informal connections that helped us to begin the direct marketing of our fruit to a number of local grocery stores, which then developed into our supplying a major regional grocery chain.

May I suggest another, but perhaps, less obvious reason for civility: Regarding immigration; we are not without a precedent. A hundred years ago we saw similar levels of immigration, many from the disparaged and maligned parts of Europe. The grandparents of my dear wife emigrated in 1914 from Lithuania to avoid the national turmoil there. I doubt that my own grandfather would have ever imagined that he would have a grandson who would marry a girl with Lithuanian roots. It causes me to reflect as I look to future generations in my own family tree; I expect there is a good chance that a future branch of it may also cherish a rich and diverse national heritage other than my own.

[1] This reference is from memory. I contacted both the Good Fruit Grower Magazine Archives and Washington State University to obtain a copy of the research. I was unsuccessful on both accounts. Vegetable entries Tunbridge Fair, photo by Robin Keller