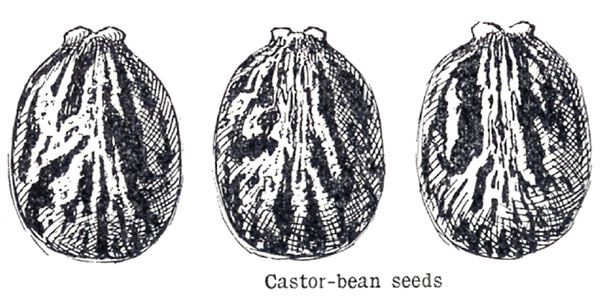 by Jerry Mader of Carnation, WA

“Somewhere the saving and putting away had to begin again and someone had to do the saving and the keeping, one way or another, in books, in records, in people’s heads, any way at all so long as it was safe, free from moths, silverfish, rust and dryrot, and men with matches.”

“There was a silly … bird called a Phoenix back before Christ: every few hundred years he built a pyre and burned himself up. He must have been first cousin to Man. But every time he burnt himself up he sprang out of the ashes, he got himself born all over again. And it looks like we’re doing the same thing, over and over, but we’ve got one thing the Phoenix never had … We know all the damn silly things we’ve done for a thousand years and as long as we know that and always have it around where we can see it, someday we’ll stop making the … funeral pyres and jumping in the middle of them … But even when we had the books on hand, a long time ago, we didn’t use what we got out of them.”

“Walk carefully. Guard your health. If anything should happen to Harris, you are the book of Ecclesiastes.”

I remember the eerie hollow fear I felt in my stomach the first time I read Bradbury’s classic and then again when I saw the film version; in particular, the last scene in the film where we see a large group of individuals pacing slowly amid the trees speaking quietly to themselves. The atmosphere is smoky and in the distance there is a red glow at the horizon. Each person, we discover, has swapped his/her identity for the title and content of a book which they have committed to memory, and now they walk the woods reciting it word for word. One is Moby Dick, another, The Scarlet Letter, and on and on – each person unwilling to stop reciting lest they forget – each person fearful still of the Firemen who could discover their secret resistance to the book burners.

First published in 1953, “Fahrenheit 451” gained new popularity in 1966 with Francois Truffaut’s film version. By then the “Counterculture” was in full swing and “Establishment” paranoia was growing; fueled in part by dystopian governmental responses to Vietnam War protestors, the culture of love and Timothy Leary’s invitation to “tune in, turn on and drop out”. There was, however, a deeper motivation – 1950s cold war paranoia, with McCarthy’s “House Committee on Un-American Activities” and other anti-communist organizations targeting liberal college professors, the NAACP, Martin Luther King, Jr., actors and intellectuals of all stripes. For me, who came of age amid all of it, the implicit warning in the book’s central metaphor, the Myth of the Phoenix, recast by Bradbury as violent governmental suppression of free access to information enforced by Firemen whose job was to burn all books, was right on target. The ashes of Nazi totalitarianism still smoldered and flamed anew under Stalin and Chairman Mao and with McCarthy and J. Edgar it all seemed, as Pogo correctly averred, that “We had (sic) found the enemy, and he is us!” And so I marched and demonstrated with my so-called “radical” peers.

I hadn’t thought about Fahrenheit 451 until recently, while I was doing research for my book about organic farmers here in the Snoqualmie Valley of Western Washington. Among the plethora of data surrounding the various crises and threats to the environment and agriculture was a most sobering statistical comparison offered by Richard Heinberg in a monograph entitled “50 Million Farmers”.

“Today so few people farm that vital knowledge of how to farm is disappearing. The average age of farmers is over fifty-five and approaching sixty. The proportion of principal farm operators younger than thirty-five has dropped from 15.9 percent in 1982 to 5.8 percent in 2002.”

Further research on my part revealed that the percentage has now reached less than 2 percent. Heinberg’s question in 2002 was, “Who will be growing our food twenty years from now?” It is now 2012, ten years on, and with ten to go the answer could very well be, “no one at all”; or rather, farm workers in some country other than the United States.

After I read Heinberg’s little monograph, the final scene from ‘Fahrenheit 451’ flashed in my mind’s eye. But this time, they were not reciting great works of literature – they were reciting farm manuals about soil, compost, microbes, beneficial insects, cover crops and more. The entire Rodale catalogue of books was personified. Their mission was, however, not to save books from firemen, but to preserve knowledge – possession of which was illegal in their dystopian society; a violation of corporate patents and subsequent legislation prohibiting the use of seeds and methods not sanctioned by the government.

It was, of course, more nightmare than truth, but there was enough of both in my little vision to provoke closer attention and sharper focus on one of the salient characteristics of the current resurgence of small, organic farms across the nation.

The American “bigger is better” model for free enterprise has achieved wealth of unprecedented magnitude for a very few international corporations. As the ultimate culmination of the “American Dream” it is regarded as the equally ultimate goal for most entrepreneurial endeavors; few if any entrepreneurs would declare “small is beautiful” and aspire to presenting ‘no-growth beyond a certain point’ as the corporate mission. Certainly, no politician could be elected from a platform advocating ‘steady-state-no-growth’ economic policy. Unlimited satisfaction of individual self-interest, within legal means, is considered an inalienable right guaranteed by the constitution. Moreover, the government may not regulate self-interested economic practices unless public health or safety can be proved to be in danger from such practices. Individual good generally takes precedent over common good. As for legislation against free access to knowledge, my nightmare is already a reality too close for comfort.

Prior to the passage of the Plant Patent Act in 1930, plants and other living organisms were not eligible for patent protection because they were products of nature and therefore exempted from the written description requirement of patent law. Given the fact that plant breeders create products that are more than mere products of nature, the Plant Patent Act (PPA) extended protection to “discoverers” as well as inventors of eligible subject matter. It does not grant protection to most of commercial agriculture and is generally unavailable to plant breeders. However, all this would change in 1970 with the Plant Variety Protection Act (PVPA). The PVPA offers “copyright-like” protection to developers of novel varieties of sexually reproducible plants.

In 1980, the Supreme Court ruled that genetically engineered microorganisms can be patented and, since the language they used was broad enough, this included plants developed under the PVPA. This means, finally, that biotech seeds, as well as conventionally bred seeds, can be patented and obtain 20-year protection. Therefore, no seeds can be saved from crops resulting from patented seeds; biotech or conventional. (The whole issue is more intricate than this sketch outlines and deserves an article of its own – one I’ll write soon).

The primary rationale for property rights protection through patent law is, of course, to prevent competitors from capitalizing on an innovator’s invention. In the case of agriculture and seeds, the protection is from foreign capture of genetic and conventionally bred seed and the benefits of the crops gleaned from it. However, patent rights extend in all directions and so they apply equally to farmers, in America and elsewhere, who sign licensing agreements to use patented seed. This means, once they have a license with Monsanto for example, they must not save seed, as they have in the past; they have to buy fresh seed every year. If they fail or choose other seed, they can be accused of patent violation and taken to court where they must prove their lack of culpability. Even if the corporate suit is erroneous, few farmers can bear the cost of litigation and are either forced out of business or back into the corporate fold. As for long term consequences, the effects on plant genetic diversity and/or the survival of various species remain unknown.

We do know that as of 2009, 71% of all soybean seed is controlled by Monsanto; DuPont and Monsanto control nearly 60% of the US corn seed market; Monsanto and DuPont together control 65% of the maize seed market and 44% of the soy market. And as the recent history of litigation in defense of their patents indicates, complete control of the food system from seed to soil to market is their ultimate strategy for profit maximization. The ‘factory farm’ is in the process of expansion into the corporate mega-farm; larger than ever, operated by computer directed robotics. The disappearance of the human farmer as a functioning economic entity is no longer a remote possibility. Richard Heinberg’s fear could be realized and the knowledge required for agriculture might indeed become inaccessible to any but those in the corporate culture; they, of course, would be limited to the processes available within the ‘mega-farm’ model.

This is why I believe that the emergence of the new American farmer, like those I found working small vegetable farms in the Snoqualmie Valley of Western Washington, is not only critical but a source of hope. They are, as the adage goes, reinventing traditional agriculture “by bruise and by teacup”. They are the “book people” of our agricultural “Fahrenheit 451” parody. They are becoming a viral movement whose increasing numbers, year to year, are reinvesting society with the tangible knowledge base that is the only sure way to assure human survival as well as that of the environment. It is true, they work against overwhelming odds and they may well lose in the end; corporations, mounting economic pressure from the ‘Global South’ (formerly the third world), global warming and population bloom could be, as some declare, already out of control.

Nevertheless, I want to believe that organic farmers here in the Snoqualmie Valley and elsewhere in the world are proposing a paradigm shift as significant as the Copernican Revolution in physics, or the Darwinian transformation of natural science. That may be delusional, but I think they demonstrate a required change in attitude about the nature of earthly resources. Conservation and low entropy systems of economic distribution have not been models for commerce historically but, in the high stakes game of survival we currently play, these are the very models required for a paradigm shift of the magnitude suggested here; when or how the present trend in small scale organic farming might create an economic ‘tipping point’ remains an open question.

The world of Ray Bradbury’s ‘Fahrenheit 451’ may seem dated now, despite the various dystopian horrors of the 20th century – the Nazis, et al – and, one grows weary of the forecasts of unseen doom, lurking beyond the horizon, so hard to demonstrate and prove, even with good science. I do find it odd that among the last pages of lament that finish the book, the transfer assignment of the book of Ecclesiastes by Granger to Montag is given prominence. The drone of The Preacher in that book is about as Zen as the Bible gets; the wheel of Karma turns and turns – everything comes round again and “there is nothing new under the sun”. For those of us most fearful of our own idiocies and in need of solutions, the words of the Preacher are cold comfort:

“To every thing there is a season,
and a time to every purpose under the heaven.”

And yet, the complexities of the ecosystem and the dynamics of the great human play do go on, subject to the random surprises inherent within. We are, however, as Bradbury declares, in a little better position than the Phoenix this time around; much of what is required for change is within our grasp. It is now a matter of collective choice.