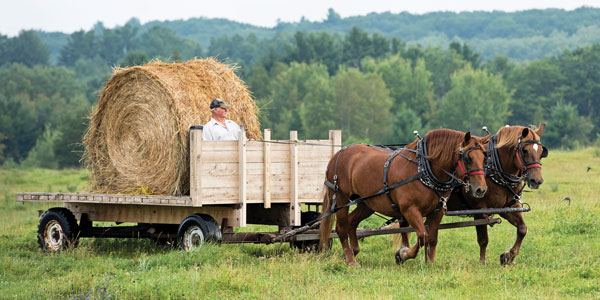 The homeland of the Suffolk horses is Norfolk and Suffolk counties. It is bordered on the north, east and south by the North Sea and on the west by the Fens. Isolated from their neighbors, the farmers of Suffolk independently developed breeds of livestock to fit their special way of life. The first Suffolk Punch draft horse arrived in North America in 1865, going to Canada. All the Suffolks who were offspring of those imported were registered with England’s stud book until the American Suffolk Horse Association was first incorporated on February 17, 1911, in Illinois. 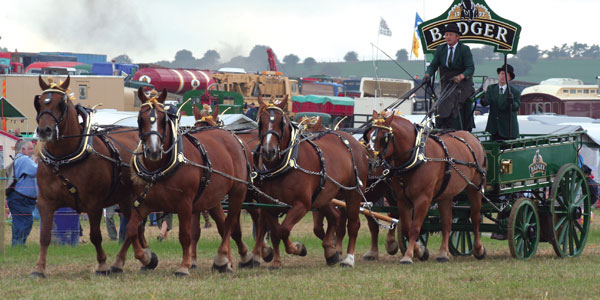 A point of interest for your readers is that the “Donhead Hall” Stud at “Coombe Corner Farm” is the home of the first imported American bred Suffolk stallion in the U.K: “Garrettland’s Golden Eagle,” the sale of which the breeder Sam Yoder of Oakland, Maryland, reported on in a previous issue of the Small Farmer’s Journal. 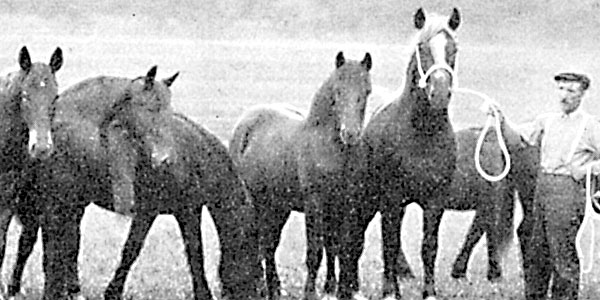 Why Not the Suffolk?

Horses of the breed have power out of all proportion to their weight. Even a casual glance at their make-up will furnish the reasons for their fame as tug-stretchers. They are short-legged and close to the ground; the center of gravity is low, in accordance with a well-known mechanical principle which the designer of any movable engine must keep constantly in mind. The scientists tell us that the power which moves the equine engine comes from the thick, short gluteal muscles. The Suffolk is unsurpassed in the turn of his rump, while his thighs and quarters are more massively furnished than those of any other breed, thanks to the pulling contests common in England.