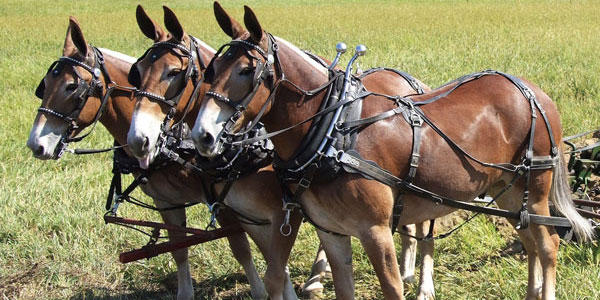 This is the fourth of a multi part series presenting and examining the design and function of North American work harness. When complete it is our aim to include it in an extensive volume to be entitled, The Harness Book.

Due to the importance of the graphic layout in helping explain the relationships between equipment components, I have posted the pages from the Journal as they appear in the print edition. For ease of reading, the text follows the page images.

Author’s note: The process of writing this material poses an important challenge as I try to stay focused on clarity and detail. The attempt is first to give an easy to understand presentation. That requires trying to see this information as though through the eyes of a complete novice. Harness, harnessing and fitting the gear has become second nature. Trying to explain such things without coming off heavy-handed or condescending is taxing. Please, please, if this information does not succeed for you, do not hesitate to say so and/or ask questions. For the sake of the animals as working partners and the future of this way of working, your safety and success is most important. LRM

Our studies of work harness in North America have found tremendous variety of design and nomenclature. We are employing in these articles the most common naming of the parts in most of the U.S.

The backing and braking structure for the western basket brichen team harness. Though it is secondary in the overall function and purpose of the harness, it is potentially the more complex and variable portion of the system. It is useful to keep in mind that these combined straps are specific and vital to its named operation along with the related essentials of keeping a rolling vehicle or implement from running up on the heels of the animal or team and holding the front end of the tongue or pole up off the ground.

As illustrated, the brichen or breeching assembly of the western style team work horse harness typically fastens forward, over the back, to the hames by way of two back straps forming a V attachment and support.

(Though often seen in carriage rigging, for work harness there are some occasions a single strap may be employed – running straight up the back to the top of the collar – but in my view, this, in many working situations, can be most uncomfortable for the animal as it puts contradictory pressure on the top of the collar.)

The back straps come together over the hips to form a spider assembly which rests atop the hips and feeds the hip drop straps down to hold the brichen strap in position. (See illustration page 25.) The ‘fit’ of the brichen affects the comfort of the animals to both hold the load and to back it. If the brichen is too low it will gather the back legs in a way that is awkward for the horses and therein reduces the strength of the move. If, on the other hand, the brichen is too high, it wants to ride up under the tail causing unwanted surprise and discomfort.

The brichen strap is usually a half circle, hung by that aforementioned spider assembly with one, two or three hip drop straps. The best brichen strap construction features a doubled and rolled heavy strap which encircles the rump. A single flat thick piece of suitable leather can be made to work as a brichen but its sharp edges can remove hair, irritate and eventually might cause sores on the animal, therefore the rolled (or folded) edge is much preferred.

When the animal backs it puts pressure around the rump and on the brichen which in turn tightens the quarter straps, and then, the pole strap and neckyoke assembly. (Illustration above.)

A most notable exception to this basket (or rump) brichen is the Yankee (or hip) Brichen. In this case the brichen strap rides just above the tail and works over the hip and down to form the quarter straps. The Yankee (or hip) Brichen is held in place by a crupper that encircles the tail. I have used this style with good success with one important if obscure exception. The yankee brichen does not work best for horses hitched to a buck rake as the pole strap attaches forward and down low to the rake axle. The buckrake can be a heavy implement to back up and may cause the horses to lower their back ends to gain advantage. This can cause some discomfort as the hip brichen does not give enough support.

The spider assembly with the basket brichen almost always features a piece of hardware, trace carriers, from which tugs may hang when not in use. (See illustrations page 32.) The ends of the brichen strap also carry lazy (or mud) straps which hold the tugs or traces from dragging ‘in the mud.’

The quarter straps fasten to the ends of the brichen strap and move forward to the pole strap. These quarter straps should be adjustable in length so that they may be customized for the individual animal and keep the straps loose but up relatively close to the belly of the animal to avoid it getting a leg over. As quarter straps may on occasion have to hold a great deal of weight they should be made of the best leather. (Quarter strap snaps should be fastened face away from the horse’s belly skin to avoid irritation.)

Breast straps or chains come in several types and configurations. The most common are the heavy leather straps. These may thread through hame ring and back to self, with or without a steel slide to receive neckyoke ring or a snap for attaching to the neckyoke. Often a combination snap, at the juncture of pole strap and breast strap, is employed to fasten to the tongue. In some climates breast chains are preferred.

Pole straps and their attaching assemblies come with some variety. First, however, to speak of how their function affects set up: notice in drawing, on previous page, that the pole strap is the front leg of a Y attaching brichen all the way forward to neckyoke or yoke chains. On the back end of the pole strap there is a strong ring with a cover flap of leather to protect the belly of the animal. The quarter strap snaps attach to this ring. The pole strap runs over the loose fitting belly band and forward between the front legs. It is then attached in some fashion to the breast strap which, as illustrated, holds the pole strap, and therefore the pole itself, up.

Sidebacker notes: Just a few brief notes to point out that sidebacker style harnesses have tug straps running forward along the outside of the horses and that these fasten to a front yoke assembly that looks like a small double tree. Some farmers prefer this style harness saying that it allows less ‘swing’ of the pole in backing.

D-Ring harness is a further development in the sidebacker principle which has tugs and backer tugs split and attached at a large D ring allowing that, after hitching to yoke at front, the front portion of the backer tug may be tightened to have a taut paired triangulation which takes all weight off the back and adds to the precision possible with turns and backing. Les Barden and Ken Demers, many years ago, explained to me that this system, when properly hitched, created individual comfortable ‘baskets’ of harness for each horse.