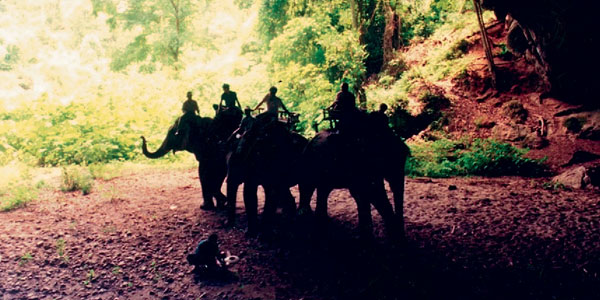 In Thailand, the role of the elephant as a work animal has diminished in recent years. In 1976 there were about 12,000 working elephants in Thailand. Current estimates put the number at about 5,000. In an increasingly modern world the number of Thai elephants continue to decrease, both in captivity and in the wild. However, they are far from being a sentimental fixture of the past. Elephants are still used extensively, particularly in more remote areas of the country. Whether performing in touristy elephant shows or working in tribal villages, the elephant is still being worked throughout Asia.