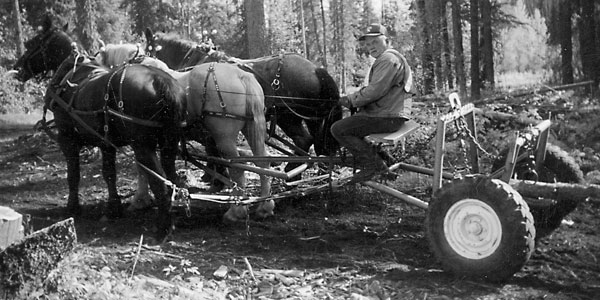 The students learned to skid in an open field to gain confidence in handling the horses. No one had handled draft horses previously. To start with, when a horse turned his head, the students would jump back. The students learned to drive first, then skid a log in the open. Stakes were set up in different patterns for them to skid a log through. Then they were taken into the bush to learn skidding. One student said, “You don’t expect us to skid a log in there do you?” Ole asked him where he thought he would be skidding logs from. This student became one of the best skidders. 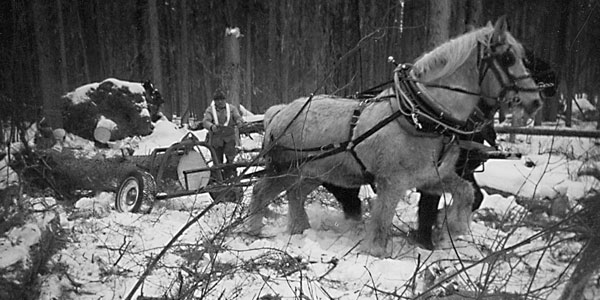 What of the squirrels, grouse, frogs, mice and fur bearing animals that call this home? They were betrayed by the ones who studied them, lived off them to either be trampled by the machines or try to find a new home as winter set in. Their food supply and homes are gone forever so may many of them be gone forever. What greed does to us!