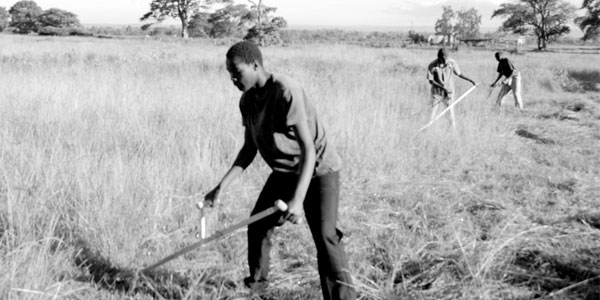 Scythes were used extensively in Europe and North America until the early 20th century, after which they went out of favor as farm mechanization took off. However, the scythe is gaining new interest among small farmers in the West who want to mow grass on an acre or two, and could be a useful tool for farmers in the Tropics who do not have the resources to buy expensive mowing equipment.